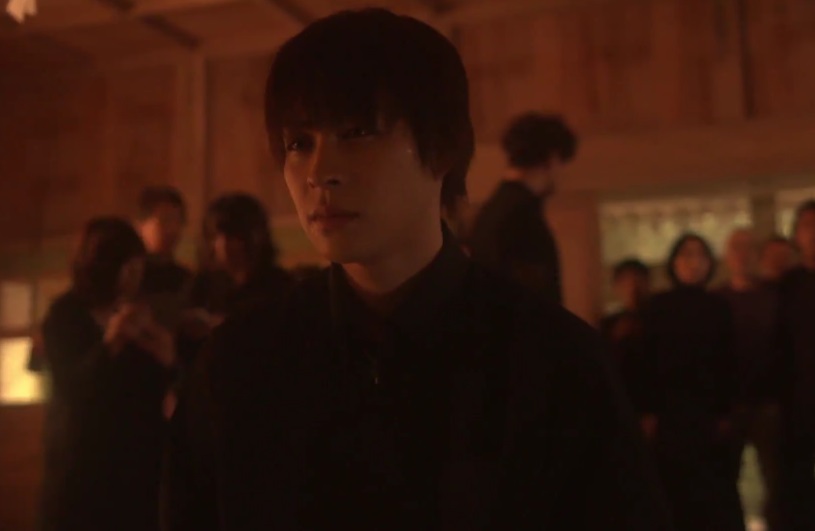 The drama began in a mostly episodic fashion, though the overarching story is beginning to show. Bit by bit we are being teased with titbits of unformation about Hitomi and his bacground. He started the series as being really lighthearted and flippant. To be honest, I wasn’t too keen on the character, he seemed out of touch with the gravity of the subject. That has changed now. He has darkened, possibly over the course of dealing with his own personal issues.

The drama makers said that episode 5 marks the end of chapter 1 and the beginning of the next phase, I am guessing that the following story will continue Hitomi’s revenge, he did say that this marked the beginning of his revenge so there is clearly much more to explore.

I worry that the mystery won’t be fully explained, some episodes feel a bit lacking, meaning that it’s hard to get full closure. I hope that they are only building to something greater.

An important theme in epiosde 5 is Cherry blossoms. I considered adding translator’s notes but reasoned that it was not necessary to understand what was going on.

Yumemigusa (literally ‘dream grass’) is actually a type of cherry blossom, so when Hinata says that a Yumemigusa is someone who brgs out your true words like beautiful cherry blossoms scattered over your heart, it is connected.

Another interesting cherry blossom connection is when Yusaku offers to bring in a paid audience. The term for that is Sakura baito, literally ‘cherry blossom job’. It is as if he’s metaphorically using their own tricks against them. I don’t think this was explored in enough depth though. I also don’t understand how this paid audience would get in, or how they would know what to do, I’m certain there is more to it that has not been fully explained.

And with that, I leave you with a mischevious grin…