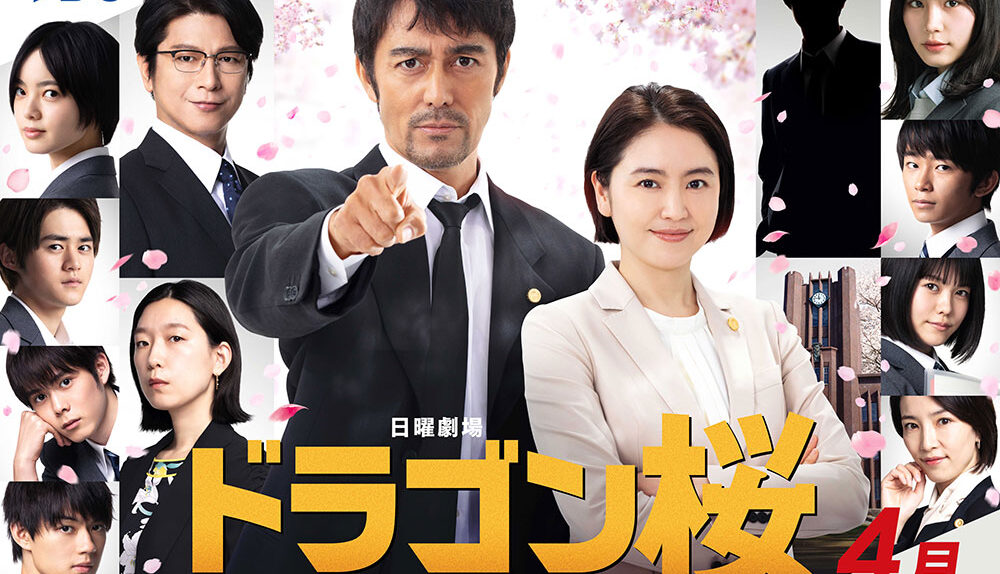 It’s all over! What an emotional rollercoaster! I feel so happy to have been able to sub this for everyone, this so lived up to the first series and more. In fact I think it will be a classic.

Thank you so much to everyone for all the kind and supportive comments, and an extra special thanks to those who went above and beyond and gave donations. It really means a lot to me! I hope you enjoy this incerdible ending!

After lawyer and former motorcycle gang member Sakuragi Kenji, left Ryuzan High School, he moved from place to place to offer management advice to private universities based on his achievements. 10 years later, Ryuzan High School which used to produce students who qualified for Tokyo University, has been on the decline since Sakuragi’s departure. He receives an offer from the school again to save it from its predicament. Sakuragi does not mince his words or hesitate to refute an argument no matter who the other party is, and gave many young people courage. But what kind of changes can he bring about with his eloquence in the present day? With the transition from the Heisei to Reiwa era, there will also be a change in the university entrance exam to the new common test for university admissions which places more emphasis on students’ ability to think, make judgements, and express themselves rather than their knowledge. (Source: jdramas.wordpress.com) ~~ Adapted from the manga series “Dragon Zakura 2” by Norifusa Mita. (source: mydramalist)

Thank You So Much..

Thank you so much for the subtitle, may god bless you

thank you very much for your time. it really helpful to gain more insight particularly in studying method. Additionally, notes in type of reader it is valuable. Hope you are gain more success

Thank you again for the subs. I was wondering what do you used to create the sub and are you completely fluent in japanese or do you used other tool to help

Thank you very much for subbing this series!

thank you for all the hard work !

omg thank you so much for completing this drama. I love you <3

Thanks for completing this drama. I enjoyed watching the 1st season.

Thank your for this work. You had a very good rhythm, and they quality was also great.

The first season played a big role in my formative years, to the point that I am now a teacher because of it, so I was both thrilled and scared about this new season, but it was great for the most part. I think Sakuragi abandoning the school again for no reason was kind of cheap, and I was expecting a Yamapi cameo that didn’t come XD.

Anyway, thanks again. I hope you enjoyed working on this as much as I did watching it.

P.S: Not-so-protip. Move the subtitles a bit further up. They were at 10 from the bottom, and I change every episode to 30, which made it easier to read.

Hmm, interesting… I’d be really interested to know how other peopl feel about the subtitle height. I would suspect it’s all about personal preference – I would always prefer to obscure less of the screen which is why I’ve never raised them.

Yes it was a total shame about Yamapi, but Johnny’s are a force to be reckoned with so I I’m sure that as it was starring a current member, featuring an ex might have been more than they were willing to agree to. At least we had his voice, I wasn’t even expecting that,

spoiler!
and in actual fact his character was the one behind everything!
Last edited 1 year ago by Miamaw
0
Reply
Scroll Up Scroll UpwpDiscuz
136
0
Would love your thoughts, please comment.x
()
x
| Reply