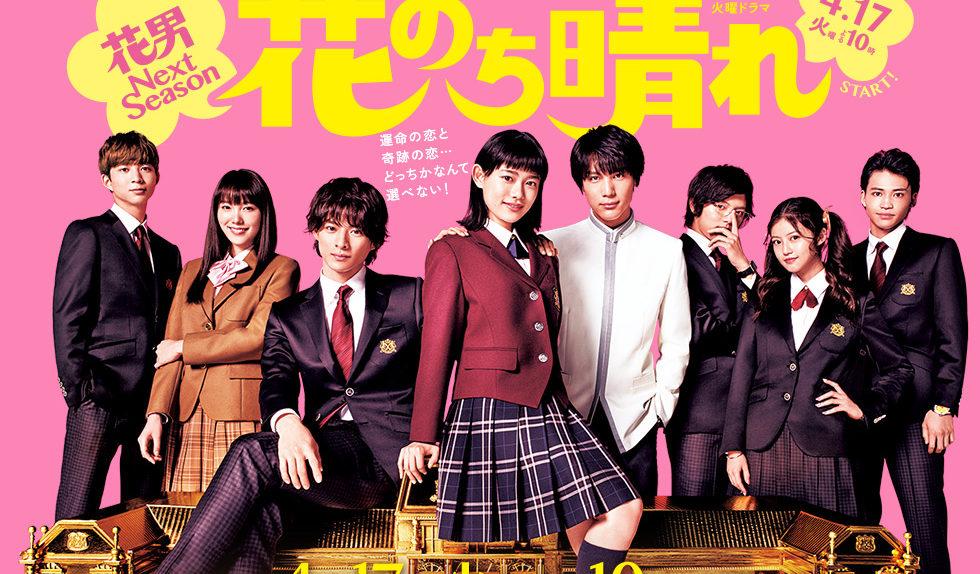 Ten years have passed since Tsukushi Makino and Domyoji’s F4 graduated from Eitoku Academy – a once prestigious school which is now suffering a decline in funding and student enrollment. Oto attends Eitoku Academy but is secretly just a”commoner” who is struggling financially due to the bankruptcy of her father’s company. She is afraid her secret will be disclosed if she becomes the target of “commoner hunting” which Kaguragi’s C5 is doing to maintain the school’s dignity. Meanwhile, Momonozono Academy where Tenma Hase serves as student council president is quickly catching up to Eitoku Academy as a result of Tenma’s achievements. Tenma and Oto are in fact engaged to one another and are to be married, but only on the condition that Oto attends Eitoku Academy until she turns 18.

High quality subs already exist for episodes 1-5 and further subbing has been announced – I have subbed episode 6 and am casually working on others mainly for my own benefit.

Synced to AOZ RAWs from: J-raws.me